The Latest On Omicron: What You Need to Know 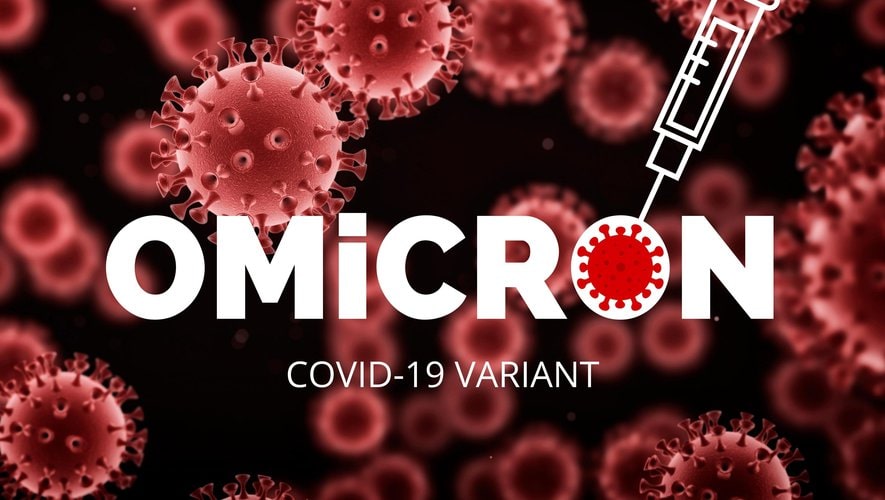 The World Health Organization (WHO) has warned that the Omicron strain of the coronavirus is spreading faster than the Delta species. People who have been vaccinated or recovered from previous Covid-19 variants can also get infected.

“And it is more likely people vaccinated or recovered from COVID-19 could be infected or re-infected,” said Tedros Adhanom, director-general of the World Health Organization. “An event canceled is better than a life canceled,” he continued.

The remarks came as US health officials announced on Monday that the Omicron strain had become the predominant form of the coronavirus in the country. According to the US Centers for Disease Control and Prevention, 73.2 percent of cases of Covid-19 in the seven days leading up to last Saturday were due to Omicron transmission.

Omicron vs. Delta: The Differences

After the Alpha, Beta, Gamma, and Delta variants, the World Health Organization has recorded the fifth corona variant, Omicron, in the list of concerning variants. According to the experts of this organization in the first days of identifying Omicron, this variant has a large number of mutations, some of which are concerning.

There is still little information about Omicron, and more research is needed on this variant. However, mutations in the previous variants have led to an increase in the virus transmission rate, infectivity, and capability to escape from the immune system. These mutations may also increase resistance to monoclonal antibodies as well as neutralizing ones.

It is not clear whether Omicron has the ability to transfer faster compared to the previous variants, including the Delta variant. The number of people with a positive test result is increasing in South Africa (the region Omicron was first discovered). However, epidemiological studies will show that this increase is due to the Omicron characteristics itself or other factors.

Omicron vs. Delta: Severity of Disease

The severity of the Omicron variant infection compared to that of other types of virus such as Delta is not yet clear. In addition, it takes several days to several weeks to comprehend the severity of the disease with each type of virus.

Preliminary data from South Africa shows that the number of hospitalizations has increased, but this could be due to other reasons, such as an increase in the total number of coronary heart disease cases, rather than Omicron infection. However, vaccination coverage in South Africa is still low (around 24%) compared to other countries in the world.

There is currently insufficient data to comment on the difference between Omicron symptoms and other strains such as Delta.

The first reports of Omicron were among students. However, this age group showed mild symptoms that may be due to their being young. But, there have been cases of severe illness with all previous strains of the virus, such as Delta, in this age group as well.

Omicron May Evade Immunity from Past Infection

Preliminary evidence suggests that the risk of re-infection by Omicron may increase, meaning that people who have been affected by coronavirus may be more easily re-infected with Omicron. However, compared to other concerning variants of the virus, the current information on Omicron is limited.

Effectiveness of COVID-19 Vaccines Against Omicron

Epidemiologic studies are underway to understand the effectiveness of COVID-19 vaccines against Omicron.

What we do know is that vaccines have been effective in reducing severe illness and death of the previous predominant type, the Delta variant. It is hoped that the vaccines will also provide immunity to Omicron and prevent severe illness and hospitalization to an acceptable degree.

Omicron and The Virus Detection Methods

The widely used PCR test is still suitable for diagnosing coronavirus infections, including Omicron. Studies are underway to determine if this variant affects other types of tests, including rapid antigen detection tests.

Effectiveness of Current Therapies on Omicron

Corticosteroids and IL6 receptor blockers will continue to be effective for patients with severe illnesses. However, regarding the changes in parts of the virus in the Omicron variant, other therapies should be evaluated to determine their effectiveness.

When Are People Contagious After Exposure to Omicron?

Although there is still no clear answer to this question, preliminary data suggests that people with Omicron may be carriers earlier than people with other strains.

The US Centers for Disease Control and Prevention states individuals with Omicron are more likely to transmit the virus in the days before and after the first symptoms appear than at other times.

The probable reason for this is the faster onset of symptoms in people with the Omicron strain. Preliminary studies have shown that the manifestations appear on average three days earlier than other strains of the virus. This means that people with Omicron can transmit the virus to others as early as one day after being infected.

The next coming months will be full of new updates on coronavirus spread. Patients who have been hospitalized with severe COVID-19 are breathing for weeks with the help of a mechanical ventilator. Many of them are likely to be affected by the long-term effects of the virus and the emergency treatments that allow them to survive it.

“The problem with all of them in the coming months is how we’re going to help these patients recover,” said Lauren Ferrante, a pulmonary and sensitive care physician at Yale School of Medicine. Hospital practices that make patients as healthy and active as possible increase their chances of recovery. But many doctors in the intensive care unit say that the pressure of epidemics on hospitals and the infectious nature of the virus is making some of these methods difficult.

Coronavirus targets the lungs, but a lack of oxygen and extensive inflammation can damage the kidneys, liver, heart, brain, and other organs.

Patients in an ICU, regardless of their illness, are more likely to develop a range of physical, cognitive, and mental health problems after leaving.

Other concerns about coronavirus

Patients who have been living on a ventilator for a long time are more likely to develop atrophy and muscle weakness. Keeping a patient’s needs to help them, and eventually helping them sit, stand, and walk can reduce this muscle weakness and get them out of the ventilator faster. “Because SARS-CoV-2 is so contagious, it can be difficult to bring rehabilitation specialists to patients’ rooms”.

Another risk for hospitalized patients is delirium – confusing thinking can lead to long-term cognitive impairments such as memory impairment. The virus is partly to blame. Doctors believe that this coronavirus, like those caused by acute respiratory syndrome (SARS) and the Middle East respiratory syndrome, can directly penetrate and damage the brain. And the body’s inflammation from the virus can also restrict blood flow to the brain and destroy brain cells.