We all have tiny mites living in the pores of our face known as Demodex mites or eyelash mites, and it can be found in every adult human alive.

Most of them are too small to see which cannot be seen by the naked eye. They look like fat little worms. If about five adult face mites laid end to end, they would stretch across the head of a pin.
As for their impact on history, the name of Demodex face mites got came from the Greek words for “fat” and “boring worm,” but actually, they’re not worms at all. They’re actually arachnids that are related to ticks and, more distantly, to spiders. By looking at these mites’ DNA, scientists came to findings that people in different parts of the world have different face mites. They tell a story of your ancestry and also a story of more ancient human history and migration.

How could these creatures live unnoticed?

Face mites (Demodex folliculorum and Demodex brevis) spend their days facedown inside your hair follicles, nestled up against the hair shaft, where you can’t see them. They eat sebum, the greasy oil your skin makes to protect itself and keep it from drying out. A higher concentration of them can found on the fattiest parts of the face, such as eyes, nose, and mouth.

The lifetime of mites is about two weeks. They are mostly tucked inside the pores, but when people sleep, they come out onto the skin’s surface to intercross and then head back to lay their eggs.
Our immune system is capable of keeping their numbers in check but can’t rid of all of them, and in some people, that’s not the case, which can experience problems with the mites.

Some people suffer from Demodicosis called Demodex frost. It’s a white sheen on the skin that by looking closely, it could be seen coming out of every pore. This condition is rare and is often caused by a failure in the immune system, such as chemotherapy, receiving immunosuppressive drugs after transplant surgery, or immunodeficiency diseases such as AIDS. Also, it can be triggered by using itch-relieving hydrocortisone cream on the face. Beside Demodicosis there are lots of other issues that can be outcome of Demodex mites which happen in face area like rosacea, blepharitis, acne, itching skin, dandruff and much more.

If you would like to find out about the density of Demodex infestation on your skin, take our free online test to view your results, and one of our consultants will reach out to you for support and guidance. 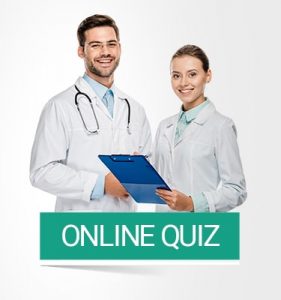 How Ungex can help get rid of your skin mites?

Ungex products lay siege to the Demodex populations by helping remove their primary food source (i.e., oil control) and making your body a hostile place for them to live in. The natural products work by sticking to a nightly routine, which will decrease their populations until, eventually, they are eliminated from your skin for good.