Demodex Die-Off Symptoms, Or, The Dark Hour Before The Dawn 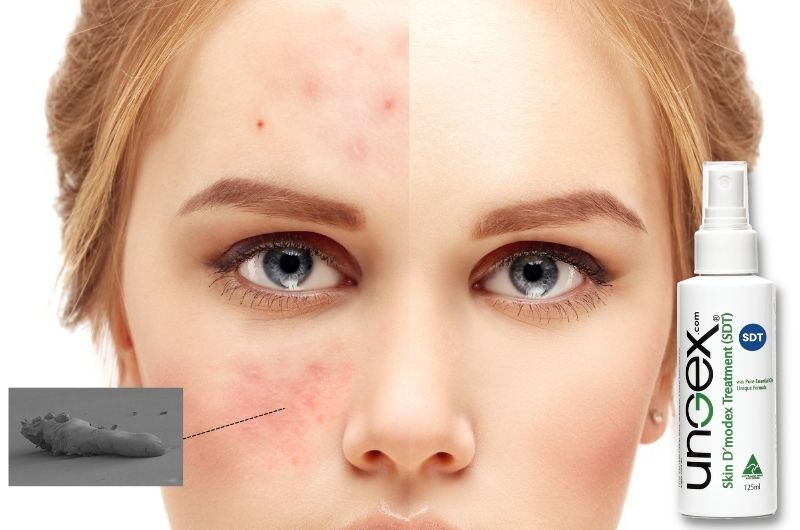 Demodex mites are tiny creatures that can reproduce on our skin, harm us, and bring different issues to our skin and hair. Those with severe Demodex infestation are always on the lookout for Demodex die-off symptoms.

"The darkest hour is just before dawn."

Just before things start getting better, they may seem to get worse Demodex signs may get worse as the Demodex vanishes. But this condition is just before the recovery starts. Although this may not happen in all cases, it is common in severe cases.

Surprised? Why should the symptoms get worse when the Demodex dies off?

Read on to find out.

From ancient times, humans have been hosts to different microorganisms. In other words, various fungi, bacteria, viruses, and mites naturally live inside or outside of our bodies and create a balanced ecosystem. Many of these tiny creatures seem to be good for us; for example, about 100 trillion bacteria live in your gut, making it more surprising and magical than the milky way. They are the small miracles that keep your digestive system healthy, and their imbalance is linked to numerous chronic conditions.

On the other hand, although they do not seem to do any good for us, some microorganisms are not harmful either. Demodex mites (as long as there are not many) seem to fall into this category. They are tiny mites that live in small numbers in our skin follicles. Although their population depends on various circumstances, they do not cause trouble in small numbers. So, they are considered an example of Commensalism.

[Commensalism meaning: Commensalism is a model of coexistence in which one organism benefits and the other obtains neither benefits nor suffers.]

However, maybe Demodex mites are not so useless. Perhaps their positive features are not fully discovered yet. For example, an article declared that they might act as a natural cleansing system in small numbers that clean the skin from excess oils, dead cells, etc.

Two species of Demodex are found on our skin - Demodex folliculorum and Demodex brevis. Most of the time, they are in the follicles and sebaceous glands and come out at night to mate with each other. They turn back to their shelter before the sun rises. Demodex mites hate sunlight; so, our skin is a safe passage for Demodex outside the nest at night. 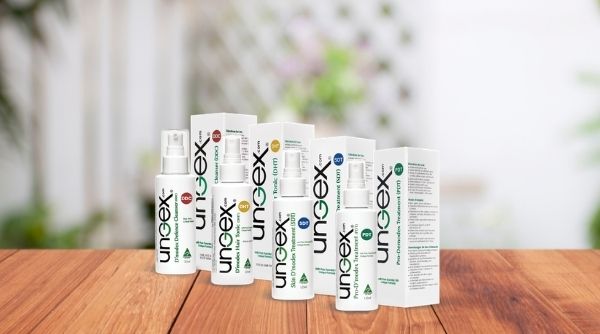 The Way Demodex Mites Harm Us

Most of the time, the body's defence mechanism prevents Demodex and other micro-residents from multiplying more than the safe range required to maintain a balanced ecosystem.

However, if the immune system does not operate correctly - for instance, defects of the immune system or patients consuming immunosuppressive drugs - Demodex may grow more than usual, passing five per cm square of skin. Now, they are no longer harmless but act as parasites and harm our bodies.

It is usually claimed that Demodex by itself does not cause skin and hair issues, but trigger or worsen them for people who already have these conditions. However, some articles discuss the cases that Demodex has a direct role in developing.

Some of the dermatological concerns connected with the large population of Demodex are as follows:

Furthermore, severe Demodex mite infestations may be associated with the following signs:

So, what do you think about getting rid of all these annoying symptoms by eliminating Demodex? Do the symptoms really get worse as the Demodex mites' population starts dwindling?

Stay with us to get the answer. 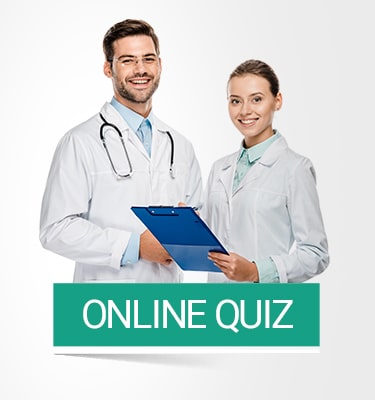 No matter how you eliminate the Demodex mites, when a large number of them die at once, the symptoms may get worse for a short time before beginning to get better. This situation is known as Demodex Die-off Reaction or Healing reaction. The principal reason for this reaction is because of what the Demodex carries.

What Does Demodex Carry?

The Demodex is a portable vector for bacteria, fungi, and other harmful microorganisms. Furthermore, Demodex does not have an anus; so, whatever it holds in its body resides there till the time it dies. After the body of Demodex decays, all it holds leaks out onto our skin. The more Demodex mites die simultaneously, the greater the contamination will be.

These toxic bacteria and substances are responsible for most of the mite's manifestations. In other words, what the mites brought to us is mostly secondary to these harmful substances.

Well, then it is not surprising that one of the Demodex die-off symptoms is the worsening of these symptoms.

However, as Thomas Fuller has declared, the darkest hour is just before dawn. That means this worsening of the symptoms is usually temporary, and after a while, they subside, and you will feel better. In other words, the healing reaction indicates the proper functioning of therapeutic compounds.

However, this reaction doesn't occur for all. If the initial population of mites is not so large, it is unlikely to happen. In other words, many people who use anti-Demodex treatments feel better from the first few weeks without experiencing any symptom flare-ups.

Ungex products are high-quality Australian-based products that help you remove Demodex mites from your skin, as well as from other surfaces. To prevent or subside the Demodex die-off symptoms, we recommend our customers dilute our specific products based on the instructions for the first few weeks of usage, especially people who have sensitive skin or severe head-to-toe Demodex infestation. 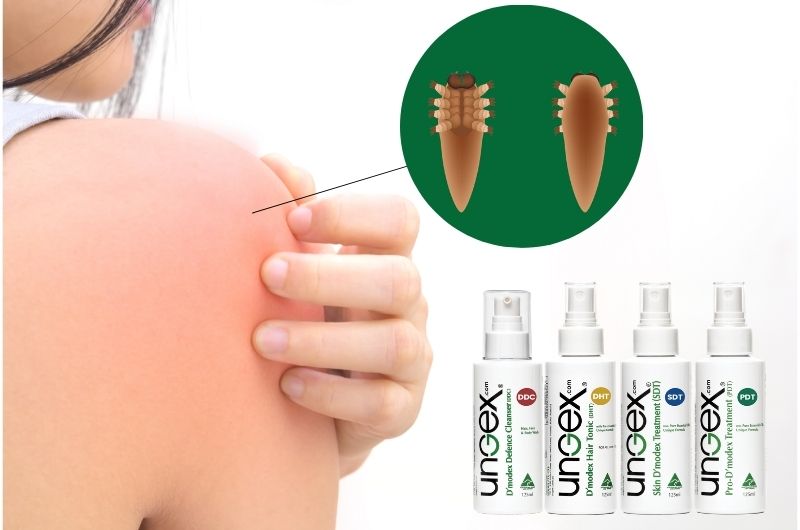 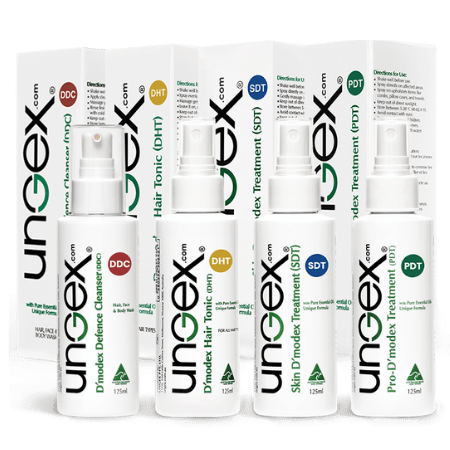