Things there are no solution to: Inflation, bureaucracy & dandruff.
“Malcolm Forbes”

If you have dandruff, you probably agree with Malcolm Forbes! Trying to get rid of these flakes is sometimes really frustrating. Although not all kinds of dandruff are caused by seborrheic dermatitis (SB), SB is one of the most common causes of this issue, especially if dandruff is associated with the face, chest, or ears lesions.
So, stay tuned with Ungex for more information on seborrheic dermatitis and its connection with Demodex.

What is Seborrheic Dermatitis?

To clarify, “Dermatitis” means skin lesions that are red, inflamed, and itchy; “Seborrheic” implies that these lesions occur in the oily parts of the skin (where the sebaceous glands are more active), such as the face, scalp, ears, eyebrows, around nostrils, and middle of the chest.
Seborrheic dermatitis is a common complication that many people suffer from without knowing. In general, 4% of the population has SD, and half of the adults have dandruff, which is usually a mild form of seborrheic dermatitis.

What Are the Symptoms of Seborrheic Dermatitis?

What Are the Causes of SD?

Researchers still do not know what exactly causes this type of dermatitis. However, some conditions or clinical problems appear to be associated with SD:

Factors such as fatigue, stress, cold weather, HIV, and Parkinson’s are associated with this disease.

What Role Does Demodex Play in This Skin Condition?

Demodex is a kind of microscopic mites that lives mainly in the follicles of oily parts of the skin (roughly the same regions involved in SD).
To know more about Demodex, read this article. 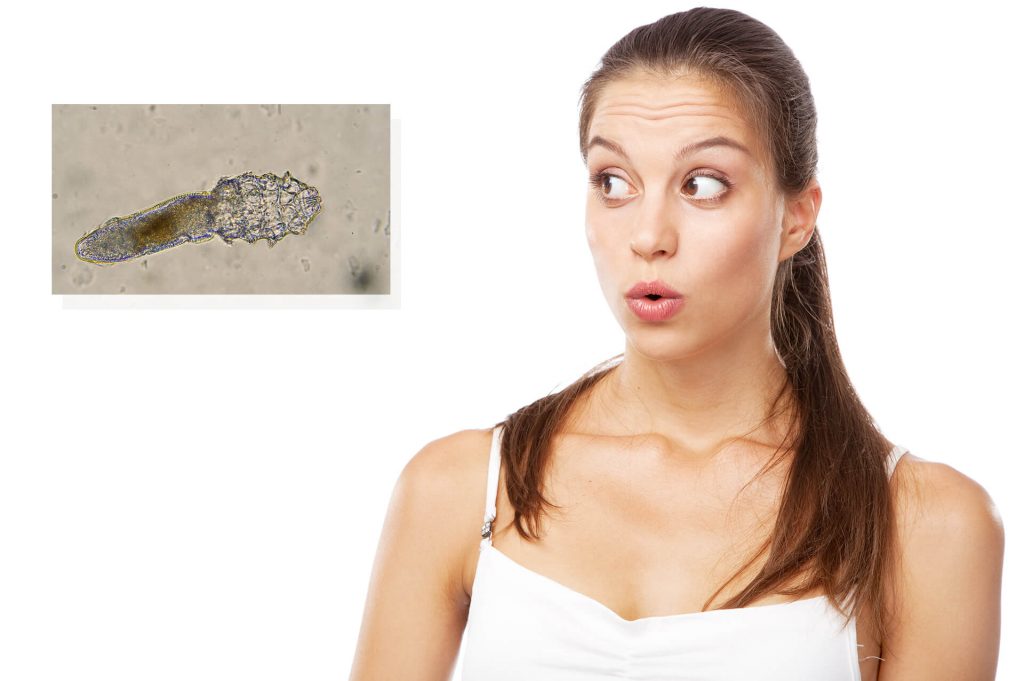 Large numbers of these mites can play a role in seborrheic dermatitis pathophysiology through the following mechanisms:

Although SD is a chronic disease and is more likely to recur, the following treatments are used during the flare-ups:

The primary mission of Ungex is to help treat Demodex-related conditions. However, given this parasite’s possible role in SD’s pathophysiology, Ungex can help prevent seborrheic dermatitis’s recurrence.

How to Know If Demodex causes Your Skin Issue

If you have a high density of Demodex, this parasite may play a role in SD’s recurrence.
To estimate your Demodex infection, you can take our online test via the following link. However, this test is very accurate in estimating the possibility of you becoming too infected with Demodex.