Seyed Behbahani, is a lifelong innovator and entrepreneur. Here we go deep into the creation of Ungex, why no one has heard of Demodex mites and the event that caused him to start the global brand. 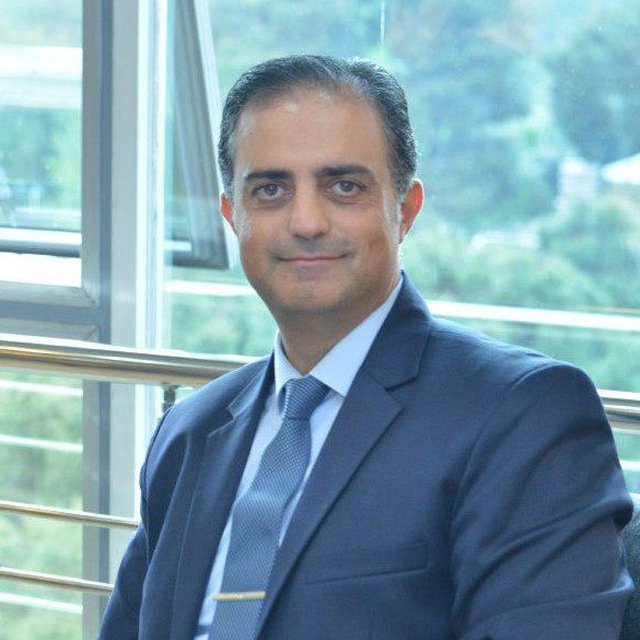 An Interview with Seyed Behabahani:

Q. So Seyed, can you tell us a bit about how you first heard about Demodex mites?

A. I can tell you what happened, it was around 2011 and at that time I had a very stressful life with lots of problems in my businesses, and so, as I already had the background of androgenetic hair loss from my father, my wife notified me that I was losing more hair those days. One day, I was walking with my wife in a shopping mall in Kuala Lumpur, Malaysia, I saw a place – a pop-up shop – and the salesperson said that they had some kind of scalp tests for hair loss, and she would give me a voucher that I could redeem it if I wanted to do a hair treatment.

I was curious about this, so I went there, and they showed me the results of my scalp test with the scanner and gave me the voucher as promised, then I went back home but I didn’t actually care about that. I just left the voucher in the drawer and forgot about it, and only found the voucher again a few days before it expired. I hadn’t used it so thought maybe they would give me some hair treatments as this could be better than nothing.

One day I went there, they invited me to their consultation room and they said that they would recommend doing the Demodex test for me, which I’d never heard of. So, I asked them what the Demodex was. To which they replied it’s a parasite living under the hair follicle, it’s related to common hair complaints. I was curious about this, so when they did the test and suddenly I saw the creature, the Demodex mite on the monitor and I was so shocked! I said “Oh! What is that?! That’s really terrifying, really bad!” The operator explained that this was the cause of my hair loss I was experiencing.

So, I called my wife after the appointment and I said; “there is something under my hair follicle and it’s moving!” She said “Really?! Because I have experienced itchiness as well! I’m going to do the test too.” She was on another level of the shopping mall and she went and did the test as well, and she also saw the mites from her scalp under the microscope and she was equally as shocked. We had no idea! We’d never heard of Demodex mites and after that appointment I went away and started doing some research.

Q. So you started researching Demodex mites on your own?

A. Yes, when I searched on the Internet I couldn’t find anything about Demodex mites affecting humans. Everything I found was only about Demodex mites in dogs (Demodex canis linked to the mange). I was curious as to why no one had any information of Demodex mites in humans on the Internet. I eventuallywent back to the clinic where I had the initial Demodex test, and I was amazed to discover that there was no specific treatment for Demodex mites. Their product was just a normal hair care product, not related to treating mites at all. So I continued my personal research and started to consult with various experts, dermatologists, chemists, biologists, researchers and other related scientists, etc. and I found it very interesting that Demodex mites had been discovered around 170 years ago but no one had paid enough attention to them.

At that time, we had a dog, and I went to the vet and asked about the Demodex, and the vet knew so much about Demodex mites! There was a Demodex mite poster, Demodex tests and lots of other information about Demodex mites and the problems they cause in dogs, which is the Demodex canis linked to the mange. There was so much information and treatments available for dogs but not for humans! This was what made me realise that Demodex mites in humans was as area in which the population at large didn’t know anything about, and perhaps I could find a solution for.

Q. So is this what inspired you to create Ungex?

A. Yes, it is. The fact that few articles that were available about Demodex mites were from scientific journals, and that neither skin care brands nor health websites were talking about them, nor any treatments for Demodex mites in humans available on the market, not even any related images on Google. I was very curious about these mites and established a research and development team (R&D), which spanned all over the world, from Malaysia, to Sweden, the United States and The Middle East and this period took more than six months of myself and my team researching, studying and meeting doctors, scientists, dermatologists, chemists, Chinese traditional medicine practitioners and vets. Finally, I decided to establish the company in Malaysia. Immediately then I signed a contract with one of the best factories in Malaysia to develop the Ungex formulation. Again, it took over six months of making, testing and revising samples to develop the best product we could possibly make. After this, Ungex finally launched in early 2012 after a year of research and development. As part of our launch, we presented to a few different events and exhibitions, and at the Malaysia Expo in 2012, we won the best invention award for ‘Ungex Hair Mites Solution’. I was very proud my hard work had paid off!

Q. Yes that’s fantastic! What a payoff. So, why do you think doctors don’t know much about Demodex mites?

A. Some doctors have heard about it, but I believe that one of the reasons it’s not well known is there has never been a right solution for the Demodex infestation at the time. Because there’s never been a reliable human Demodex treatment on the market, there has never been a reason to focus on something that they didn’t have a right solution to. If doctors were to treat Demodex mites with chemical medicines, in the extensive research we’ve undertaken we now know that it wouldn’t eradicate the mites anyway, and also would damage the hair and skin, because if the chemical treatment were applied topically, they would not reach the mites in their home (inside the hair follicle and oil glands) and not only those treatment were unable to eliminate the mites but also could have lots of side effects and it would just damage the hair and skin as well. Now, we have a safe solution, we’re cooperating with doctors, dermatologists, skin care professionals and the general public to explain to them about the Ungex protocol we’ve designed to alleviate the issues Demodex mites can be linked to.

Q. Ungex is famous for its comprehensive customer care. Why do you insist on checking in with customers every two weeks after their purchase? No other skin care I’ve ever bought has done that!

A. Because we need to educate the people to be able to understand the Ungex protocol. This is a protocol we’ve spent years refining and it’s so important that people get each step right. Awareness is a huge part of the protocol. We need to educate people to correct their bad habits that may be exacerbating their issues. These instructions include correct use of products, adjusting lifestyle factors for issues such as stress management, sleep quality, diet and hair washing, and at what time in the day you wash your hair, as these issues make a big difference. Training of not just our customers, but also doctors, dermatologists, skin care professionals and the wider public is one of Ungex’s biggest goals. We stand by the research we’ve done over the six years we’ve been around, and can ensure that it gets Demodex population under control in most cases if not all, and the testimonials we’ve received speak for themselves.