In this post, we will discuss the effectiveness of baby shampoo in helping remove Demodex mites.

What symptoms may Demodex mites bring out or irritate?

Demodex mites are microscopic 8-legged parasites that thrive on the sebaceous glands under our hair follicles. In many adults, they are not much of a trouble when a low density is found, but can cause or irritate various skin and hair issues in high populations, including blepharitis, rosacea, acne, hair loss, and many more. 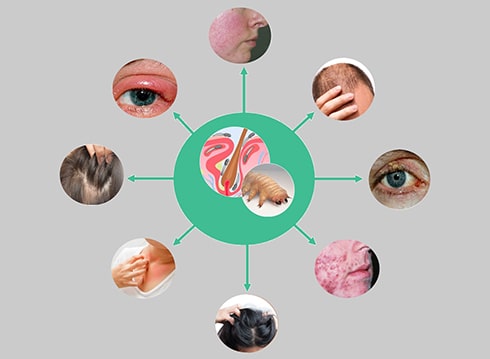 Many of those who suffer from blepharitis may come across the idea of using baby shampoo to help treat and remove Demodex from the eyelashes, but is this claim all that true?

In some cases in which blepharitis is resistant towards treatment and isn’t resolved with antibiotics, it is most likely the case that Demodex mites are causing this symptoms. Demodex blepharitis is the same as bacteria blepharitis, but it may not be treated well enough with baby shampoos or antibiotics.

According to studies, using baby shampoo as an ingredient for anti-Demodex products won’t be helpful in eliminating Demodex mites. Instead, baby shampoo can further stimulate Demodex to move out to the skin [1], and that formaldehyde released from its preservatives can increase eye and skin irritations in some people [2].

How to diagnose blepharitis related to Demodex mites.

How to help get rid of Demodex mites and improve Demodex related symptoms?

Ungex provides a range of treatments comprised of both herbal and natural ingredients that can help eliminate Demodex mites and improve Demodex-related symptoms such as blepharitis, rosacea, acne, hair loss, hair thinning, dandruff, and many more.

Ungex aims to help make your skin and hair Demodex-free by bringing back shine and brightness to your skin. Our treatment range is not only credible for its products, but also for its protocol and care plan that are used in conjunction to overcome Demodex mites and make you regain your confidence. 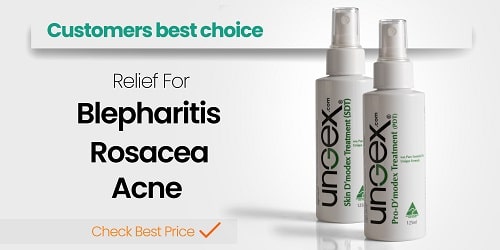